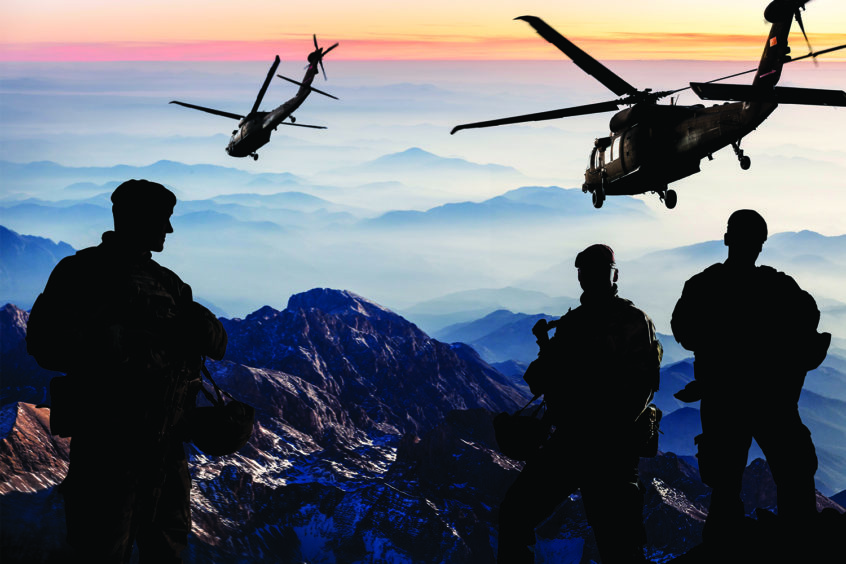 As world-leading experts in electronic warfare, the Marine Corps and the Navy have worked closely together to analyze and test GPS user equipment.

In the field, the military relies heavily on the accuracy and reliability of these devices. For this reason, most military analysts fully expect U.S. adversaries to attack GPS by jamming and spoofing. Utilizing Spectrum Defender RF recording devices, the Navy built a large library of RF captured data to assist and inform their mission. The Marine Corps determined that the most efficient way to conduct their testing was to leverage the Navy’s data and share testing results without duplicating investments in either lab.

Both labs were tasked with testing similar GPS user equipment. The Navy’s library of captured RF data represented a variety of contested electromagnetic environments. If the Marine Corps could leverage the Navy’s investment of time and resources by accessing the Navy’s library, this collaboration would increase productivity and preserve significant time and resources. However, in order to access the data, the Marine Corps required compatible test equipment.

Ultimately, the engineering team found that by utilizing the same RF recording devices, they achieved consistency in replication across labs. The entire library of recordings that the Navy had already built then became accessible to the Marine Corps without making duplicative investments.

The engineering teams continually receive and evaluate new prototypes and new firmware for the GPS user equipment. Each of these deliveries requires regression testing on the new software that is developed. As they characterize and collect the RF spectrum observed in the field, the engineers rely on high-fidelity recording to capture the data.

The Navy invests significant resources to generate field recordings. With the capability to access their recording library, the Marine Corps could avoid making a duplicative investment. Their resources could focus solely on testing receivers. In turn, the Marine Corps would then share the test results back with the Navy, thus spreading the workload across multiple labs.

Get This Customer Application in an Easy to Print .pdf Version

The Marine Corps engineering team discovered that Spectrum Defender model SD-3845 was the solution that provided a seamless recording interchange between the two labs. Standardizing on Spectrum Defender facilitated a more comprehensive test program than the Marine Corps and the Navy could accomplish independently. The Marine Corps laboratory went from having no GPS test capability in-house to leveraging the entire library built by the Navy.

With Spectrum Defender, the Marine Corps could begin conducting their tests immediately, without assigning any software developers to the project. The testing conducted by the Marine Corps began to inform the recordings captured by the Navy. Both labs could begin testing more devices, with a more extensive test suite, all within a faster time frame.

Not only did the GPS Directorate give the U.S. Navy and the Marine Corps permission to use Spectrum Defender as an authorized test platform for GPS M-Code, the DoD has indicated their intent to expand the use of Spectrum Defender across multiple development labs.

Leverage Your Colleagues’ Recording Libraries in Your Lab

Spectrum Defender belongs to a new class of instrumentation compared to legacy RF signal generators and analyzers. We have an existing platform, an existing code base, that’s uniquely designed for simple adaptations and modifications. Without the risks associated with a full-custom design, we deliver an exact fit for your application.

Contact our experienced engineering team at 703-634-5290 to tell us about your collaboration challenges. We’re here to help design the timesaving solution you need to just start testing.

Check out our other Customer Applications here.

Expert's Corner How can I analyze RF? How to record RF Playback and reproduction Problems when recording RF When to record RF Why record RF?